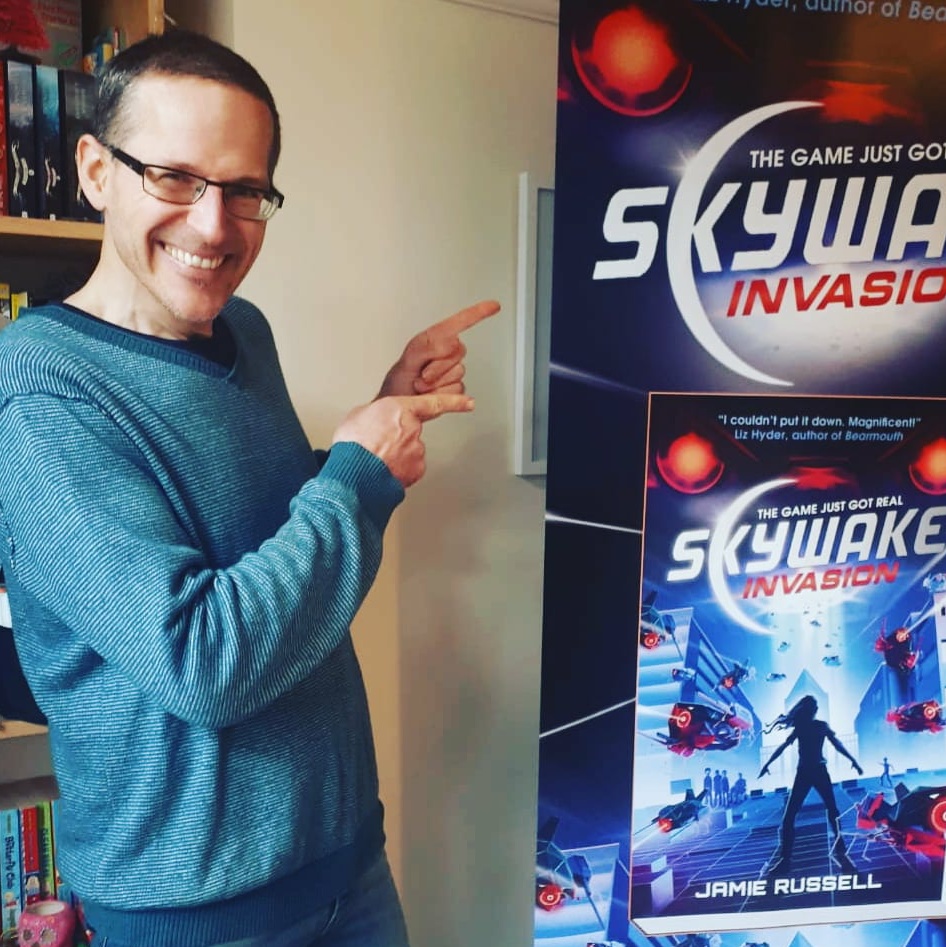 We are delighted to welcome Jamie Russell, debut author of the thrilling sci-fi adventure novel, Skywake Invasion, for our second author Q&A

What inspired you to write your novel?

My daughters! I’d always wanted to write a novel, but I was too scared to try (even though I’d written lots of other things). One day, on the walk to school, my daughters asked me to tell them a story. I started telling them this idea about a girl called Casey who discovers her favourite videogame is actually a training tool created by aliens. They were so excited about it they made me go and write it. I don’t think I would have done it without their encouragement (and impatience!).

What book, film, or piece of art has inspired you the most? And why?

Oh that’s so hard. There are so many! One of the biggest inspirations in writing SKYWAKE was my memory of seeing the very first Space Invaders arcade machine back when I was five years old. It totally blew my mind and it sparked a love of videogames and science fiction that has stayed with me ever since. I thought a lot about that moment when writing SKYWAKE, so much so that an old Space Invaders arcade machine actually plays a central plot point in the book. I’m a lifelong gamer and SKYWAKE is a love letter to gaming. I wanted to write about how much fun gaming is, how it can teach you real-world skills, and how it can bring people together.

Who is your favourite character in children’s literature?

I love Count Olaf from the Lemony Snicket series. He is so deliciously and fiendishly villainous… and proof that the devil always gets the best tunes.

What forthcoming children’s book are you most looking forward to reading?

Too many! We’re in a golden age for children’s literature at the moment. I was a huge fan of Alastair Chisholm’s sci-fi adventure Orion Lost and he has a new sci-fi novel called Adam-2 out in August 2021. I can’t wait!

Who is your hero?

I think I’m too old, and maybe too cynical, for heroes these days…! But one person I really admire is Greta Thunberg. I’m astounded by her ability to cut through the debate about the climate emergency. SKYWAKE is a story about kids realising that they have the power within them to be leaders and Greta is a brilliant example of what the younger generation can achieve. Casey would probably agree with Greta that no one is too small to make a difference – whether you’re fighting the climate crisis or aliens from another planet. 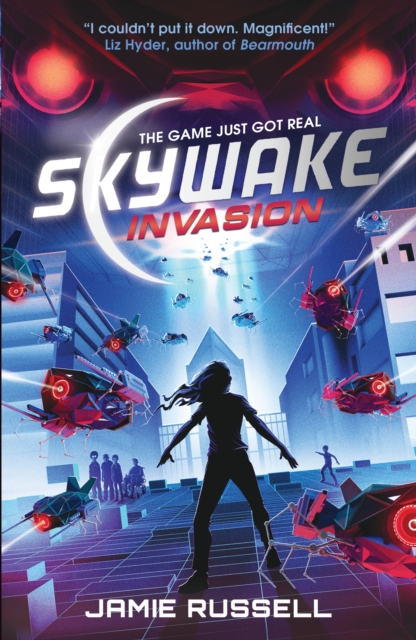 An exciting and original debut sci-fi adventure trilogy for the gaming generation, from a screenwriter, film critic and gamer. Fifteen-year-old girl gamer Casey Henderson is obsessed with smash-hit game SkyWake – and she’s good at it, too. Little does she realize it’s actually an alien training tool created by an evil extra-terrestrial race.

When the aliens swoop down on a national gaming tournament, Casey and her teammates discover they’re abducting the best gamers to fight in a distant alien war across the galaxy. And they’ve got her brother. Casey’s gaming skills are her best hope of stopping the aliens – but first she and her online teammates must learn to work together in real life… 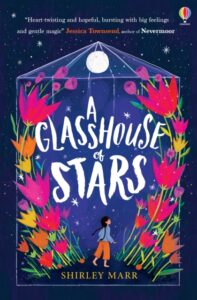 A Glasshouse of Stars author Q&A with Shirley Marr